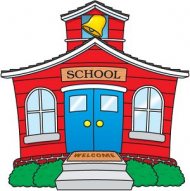 Lumberton, TX Independent School District substitute teacher Laura Jane Klug has been suspended for being transgender. The school district says they are "looking into the matter"...and that Klug has not been terminated...yet. Klug is supposed to hear about the resolution of the school board today, after the school board met on Thursday.

Klug substituted for a teacher in a fifth grade class last Thursday, which was the first day she discovered that someone might have "issues".

Parents of some of the students at the school say, of course, that they don't have any problems themselves with the teacher being transgender, but that the teacher may be confusing the 11-year-olds who are in her charge.

Within an hour of them being exposed or dealing with this, there's a few issues here, I think these kids are too young for this issue, so that's our main focus is, if it happens in older grades, high school, ok but too young for this.

Other parents say there has not been an issue before with Klug and they don't see why it is an issue now...and that they have no problem explaining to their child what a transgendender person is.

My son knows who he is and I don't think any outside influence is going to change that, I'm more concerned about straight predatory teachers rather than I am someone who lives an alternative private alternate lifestyle, I don't worry about my son.

Texas, of course, has no employment protections for transgender people.

In California science teacher Karen Adell Scot is an award-winning educator who has taught at Yosemite High School for 24 years as a male before recently going public about being transgender.

I’m actually going to work as my real 'out' self. I stand in front of the class and I’m so filled with joy.

I will not return as my male persona ever again.

A neighbor, Kathi Bates, is totally opposed, as she stated in a letter to the local newspaper.

I see this as an assault on the minds and morals of our children. It blurs the lines of what is right and wrong.

Other members of the community support Scot, saying she is the epitome of integrity, courage, and authenticity.

Karen is truly an inspiration to everyone.

--Julia Cruz, whose daughter, Erin Asis, was a student of the teacher

I never expected it, but I'm very happy for her. She'll still be the same excellent teacher that she is.

Ms. Scot: No matter what anyone says you are courageous and beautiful for being who you truly are. You are my hero.

Scot informed her colleagues and district officials in a letter earlier in the year that she would be returning from Spring Break to begin her social transition. As happens far too often (it certainly happened in my case) one of her colleagues leaked the letter to the local press. Being outed caused her to begin transition earlier than she intended.

The District recognizes that Mr. Sconce's transition may raise questions among students, parents, guardians and community members. Counseling staff will be available to discuss any issue with students.

In Chicago middle school teacher Jess Scott recently began her social transition at Murray Language Academy in Hyde Park. Recently she overheard some 4th graders asking each other, "Is that a boy or a girl?"

That’s the wonderful thing about kids. They’re so honest. I like that.

Scott has taught math ans science at Murray for 6 years and has been on hormone therapy for two years.

It's not like I'm some alien creature. I've taught your kids for a number of years. I go to restaurants. I'm here, as a transgender person in your neighborhood.

To have this flower blooming, and you want to hide it in the closet. No. You just want to see beauty. And she was becoming who she wanted to be. That was good.

Some curious co-workers have questioned Scott's closest friends...in a "not terribly accepting tone of voice," according to one of those friends, school librarian Eileen Holzhauer.

I think it is appropriate here to share poet Andrea Gibson's Swing Set:

...generated a lot of support for Ms. Klug at the school board meeting last night. It will take a while before we know the ultimate outcome.

Of course, her opponents are claiming that her supporters were bullies.

...one of my students defended me in the local newspaper.

This letter is in response to the many letters concerning Dr. Robyn Elaine Serven.

As one of Dr. Serven's students, I would like to explain what our class is like. Students sit at their desks, with pencil in hand, taking notes as she presents a well-prepared, detailed lecture. She asks questions to make sure we understand what is being taught and is very receptive to all questions we ask. She makes homework assignments that help in understanding a topic and is available for office hours above and beyond those required by the university.

As you can see, this is just like any other class where the instructor's concerns are with the class. Dr. Serven's personal life is just that...personal...as is mine. I did not choose to attend the University of Central Arkansas because of who the instructors were but for the quality of education. I only hope that anyone wishing to attend college will choose that college on its educational values rather than their own personal views.