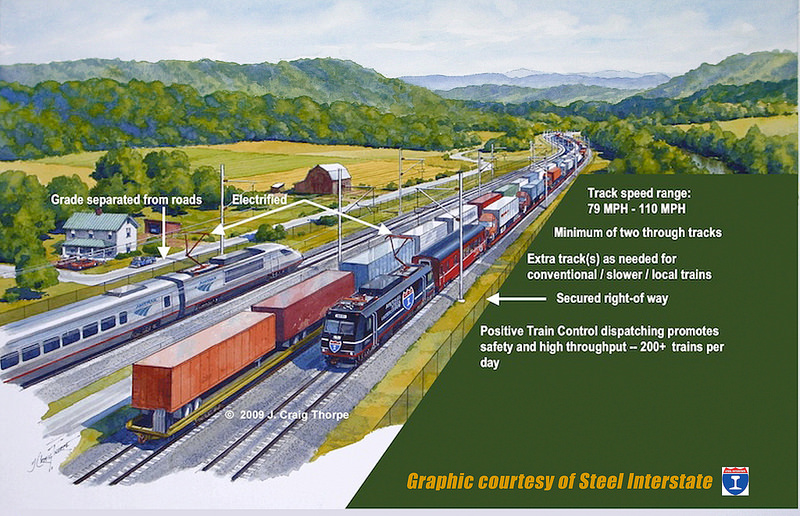 Last week in Washington DC, your Sunday Train correspondent was able to attend the "Future of Rail Symposium" held in Washington DC. The presenters discussed various aspects of building a Steel Interstate corridor, including the Steel Interstate concept, a discussion of electrified rail around the world, why rely on electricity rather than LNG for major backbone corridors, the engineering and economics of electrification in North America, an approach to financing an initial Steel Interstate corridor without requiring new legislation to be passed through our gridlocked Federal government, vehicle and track considerations of the "Rapid Freight" rail component of the Steel Interstate, the labor dimension and the need for a new social contract with Rail Labor, and a final presentation on the "Solutionary Rail" proposal by the Backbone Campaign to establish a Steel Interstate on the BNSF Northern Transcon corridor. 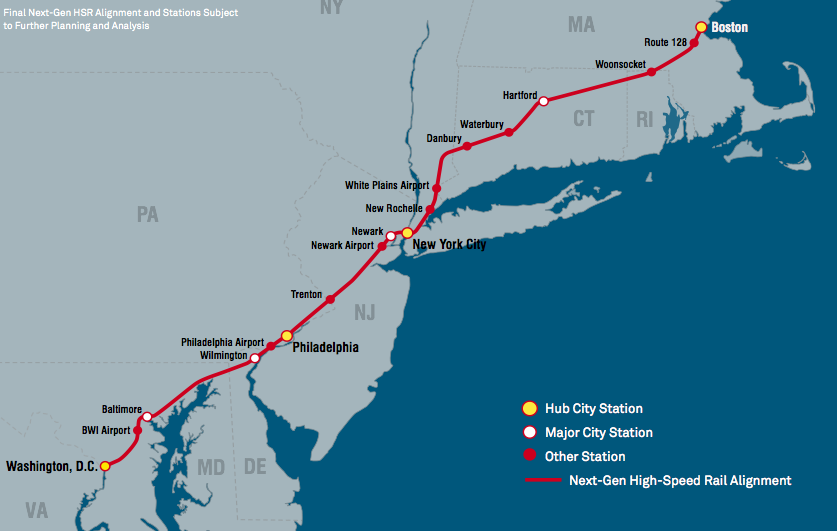 One of the transit bloggers that I enjoy reading is Alon Levy who blogs his observations on a variety of transit topics at Pedestrian Observations . Following the important California HSR funding vote in the California State Senate and the excitement leading up to it, I thought I'd like to take a look at the proposed Express HSR system for the states of the Northeast Corridor.

Of the $53b cost of the proposed San Francisco to Los Angeles Express HSR corridor seems hefty ~ and it seems even heftier when it shows the Year of Expenditure headline value of $68b ~ then the proposed Northeast Corridor states Express HSR will seem massive.

Northeast Corridor HSR, 90% Cheaper
...
In contrast with this extravaganza, it is possible to achieve comparable travel times for about one tenth the cost. The important thing is to build the projects with the most benefit measured in travel time reduced or reliability gained per unit of cost, and also share tracks heavily with commuter rail, using timed overtakes to reduce the required amount of multi-tracking.

This sounds like an intriguing possibility ... but is it realistic? Or is it wishful thinking? Follow me below the fold, and then let's discuss it. 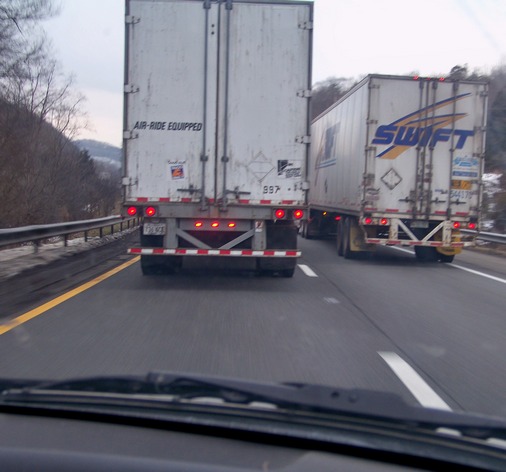 We are going to be hearing increasingly this year about the Highway Funding Crisis. Much of that discussion will be directed toward exploiting the political leverage that our car addiction gives to the Highway Lobby.

Now, the Sunday Train has frequently tackled this issue from the side of the physical unsustainability of our dependence on petroleum based fuels for a majority of our transport. However, its also the case that the system of public finance upon which we built our road transport system is becoming more and more financially unsustainable.

Last week's Sunday Train started laying out the problem, while it is in this week that I look at one overlooked part of the solution. This is not a free-standing essay this week, so if you have not read Part 1 last week, go ahead and do that before moving on to this week's Part 2. 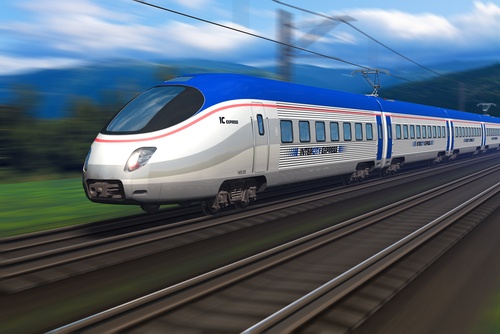 I've posed a question in the title of this week's Sunday Train that I have no intention of answering myself.

The first thing you may have noted is that the title presumes a "Great 2017 Policy Unlock" that is by no means certain. And assuming an event in a title as a lead-in to talking about the likelihood of that event is a long-standing internet link-bait practice.

The second thing, however, is that even that would be focusing on political fortune telling, and the Sunday Train is not normally about making guesses about what will happen. It is more often focused on policy in the sense of thinking about what should happen and, sometimes, what we can do to make it more likely to happen.

The foundation of the Sunday Train is the premise that on our current track, with our current transport and energy systems, we are driving the possibility of retaining a national, modern, industrial economy over a cliff. We are doing that in three ways:

Pick your poison, since any one of them is serious enough to either drive the US economy from the ranks of the core economies into the ranks of the semi-peripheral economies, or even to eliminate our ability to retain a national economy at all. 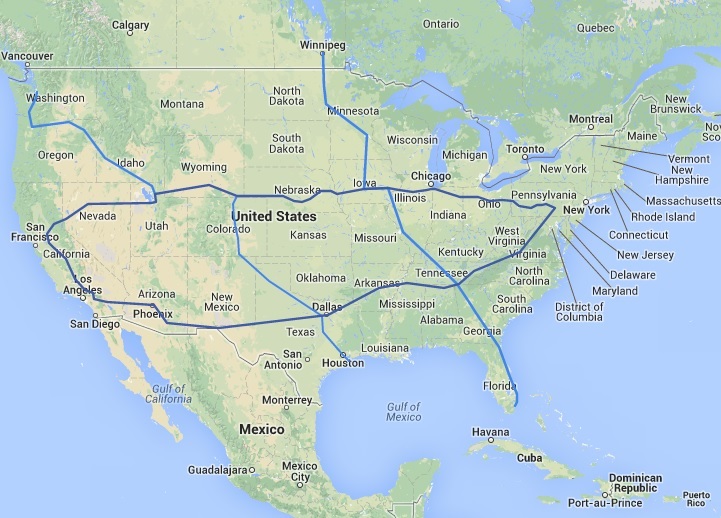 The Steel Interstate is a proposal to pursue dramatic gains in the energy efficiency of long haul freight transport in the United States, resulting in: 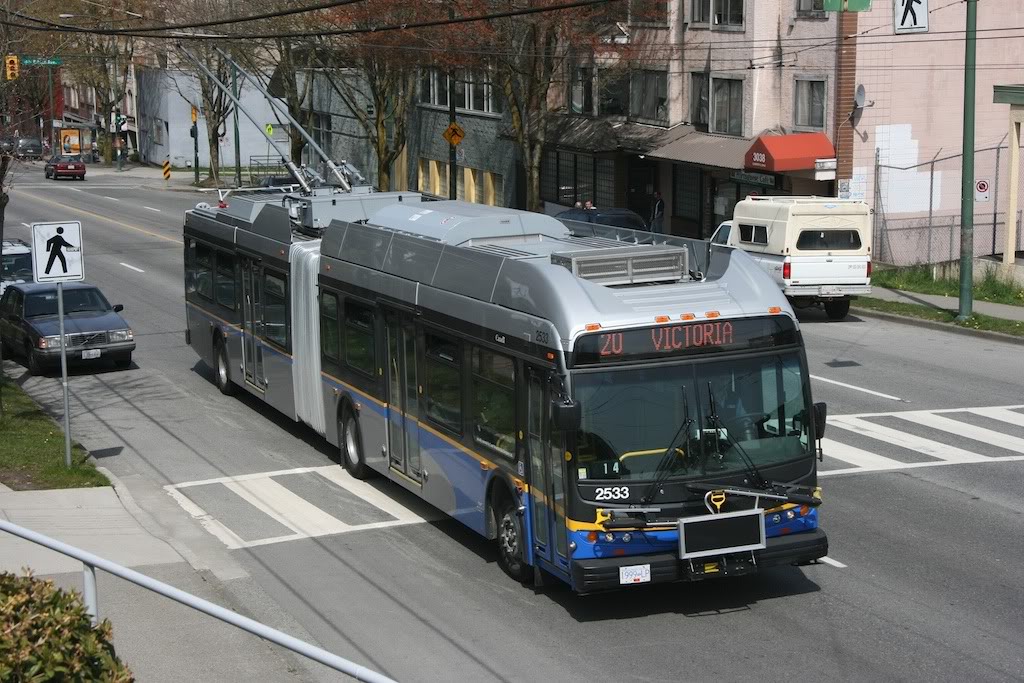 Note that the statement is abbreviated for the title. The full statement is, a common carrier like a train, bus, or plane that running a profit based on passenger revenue while paying its full operating and capital cost is charging too much for its tickets.

The radical abbreviation of the title is in part because of the radical abbreviation of the lie that is commonly used as a frame. The lie is that a common carrier like a train, bus or plane that is paying for its full operating and capital costs out of passenger revenue ought to run a profit, commonly expressed as a charge of, "SERVICE_XYZ is losing money, it needs to be reformed!", which assumes that Service_XYZ is supposed to be making a profit.

And, of course, in the sense described above, if its a common carrier transport service, of course it shouldn't be making a profit. And further, if under the above conditions, if its making a profit, you're doing it wrong. In the sense given above, PROFIT=FAIL.

This is problematic under our economic system, because under our economic system, running a profit on the full cost of production normally means that you are free to continue without substantial outside interference, while not making a profit implies that you have to go cap in hand begging for money to operate. So if the main assertion is correct, we have a situation where you can be doing it wrong, and be free to continue, or be doing it right, and have to constantly beg for permission to continue doing it right.

This is a repeat of a Sunday Train from The Hillbilly Report of 4 Oct, 2009 ... about an evergreen Liebertarian talking point 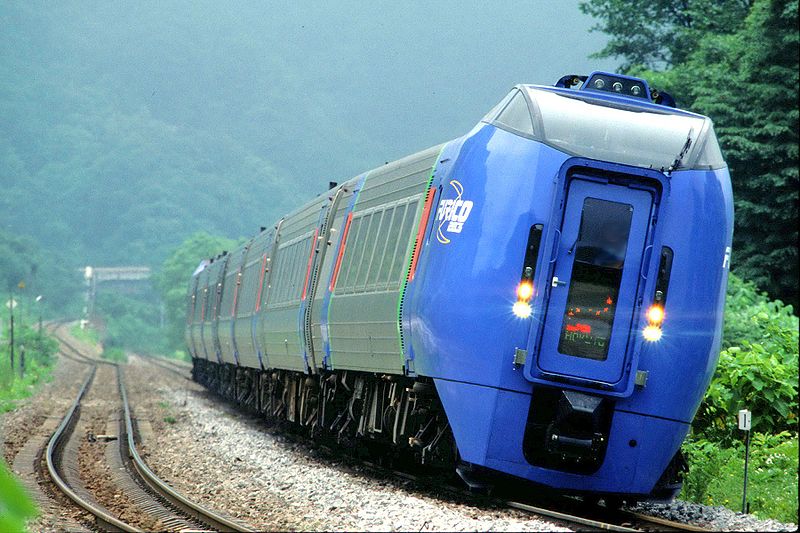 Today, the focus is on one lovely rhetorical ploy used by anti-rail advocates to try to put one over on people with limited experience with trains. This relies on the false framing that "trains is trains", and uses something that is true about a particular kind of local rail transport to mislead people about 110mph Emerging High Speed Rail in particular.

At the beginning of this month (the 3rd of September, to be precise), in XpressWest Has $1.5 Billion In Private Investors – And A Strong Argument for Victorville ~ Robert Cruickshank brought our attention to an interview with the Tony Marnell, CEO of XpressWest, on the progress in developing a bullet train between Las Vegas and Los Angeles.

When I lived in New South Wales, Australia, I was amused by the fact that the old rail three letter acronym for the Melbourne Express, MEX, was part of the basis for Sydneysiders called Melbournians "Mexicans" (they were also, of course, "South of the Border"), and the TLA for the Sydney Express, SEX, part of the basis for Melbournians calling Sydney "Sin City". But here we have a proposal for a real Sin City Express. 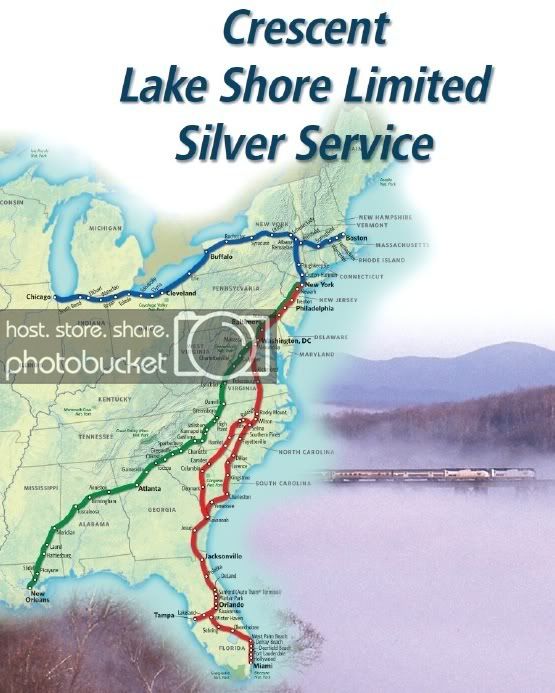 Back in early June, in Putting Steel into the Amtrak Long Distance Backbone, I looked at the Amtrak "PRIIA Section 210" upgrade plans for the five Long Distance services with the lowest operating cost recovery, mandated for Fiscal Year 2010 by the PRIIA legislation.

I also looked at the side-effects of the freight-oriented Steel Interstate proposal, which would offer the opportunities for dramatic improvements in the performance of Long Distance sleeper trains ~ not simply the financial performance but also, and more importantly for addressing the Petroleum Addiction of our intercity transport system, dramatic improvement in the delivery of service to the customers.

This week I look at the "middle" five long distance routes that were reported on for Fiscal Year 2011:

This is more or less the three year anniversary of the first Sunday Train ~ a bit less than more, since this is the 12th of August 2012 and I think that the first Sunday Train was 16th of August, 2009. It emerged from a variety of blogging I had been doing over the previous couple of years, with a notion that if I set down a target of blogging on Sunday, it would make it easier for people to track the Sunday Train down. It was originally posted at my midnight-populist blogspot, Burning the Midnight Oil, crossposted to Agent Orange, My Left Wing, Progressive Blue and Docudharma, but I was never really enthusiastic about building up my own blog, and nor about the constraints of blogspot, so over time I settled on writing the Sunday Train at a community blog, cross-posting it to other community blogs, and posting the summary to Burning the Midnight Oil, with cross-links to the blogs containing that week's full post.

The crosspost list also varied from time to time: of those original community blogs, I rarely visit My Left Wing or Docudharma much anymore, and the best of Progressive Blue has been folded into the broader coalition at Voices on the Square, which since its launch last month has been the new home base for Sunday Train. The Sunday Train still rolls into Agent Orange (aka "daily kos"), and has for some time also stopped at Hillbilly Report and the Stars Hollow Gazette, and occasionally at the European Tribune.

In celebration of the three year anniversary, more or less, I am reprinting the diary from the 16th August, 2009, "zOMG, these aint REAL HSR trains!"