I've been thinking about that a lot lately. 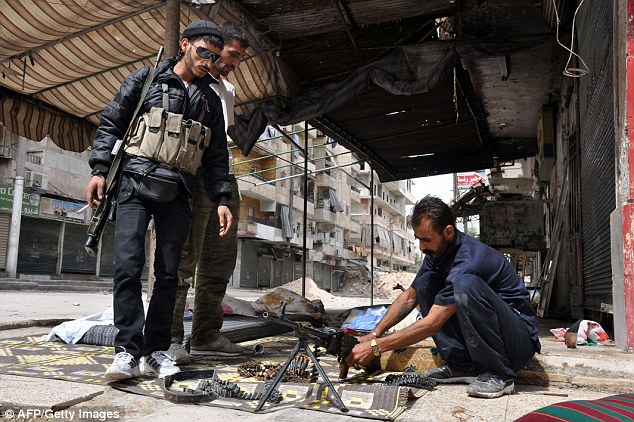 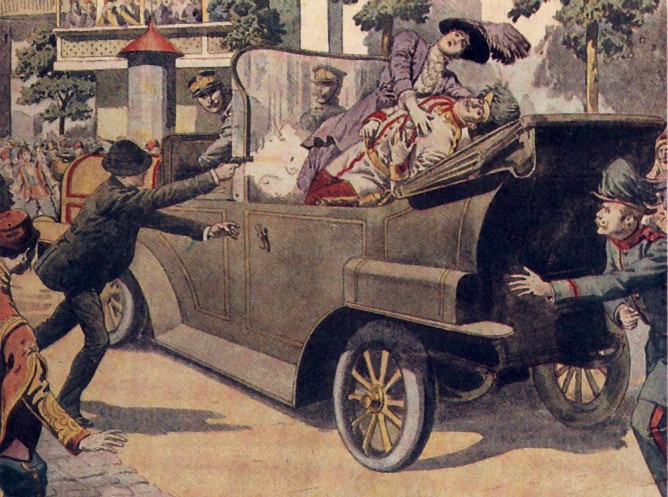 Now, you might think that we don't have enough observations to talk about "where World Wars start" in general. Still, this is something that keeps coming to my mind as I look at the Syrian Civil War, so as long as its kept in mind that this is suggestive rather than definitive, I'm going to have a look at it.

By the early 1900's, the Balance of Power politics of the 1800's had settled down into a polarized system of treaties. Germany's geopolitical strategy of isolating France had failed with the establishment of the Russian / French alliance, which in turn pushed Germany and Austria-Hungary closer together. Then the perceived threat posed to England by the alliance of the German and Austria-Hungarian Empires paved the way to the Entente Cordial with France in 1904 and then the Entente with Russia in 1907. That polarized network of treaty relationships was, of course, the bomb that exploded as WWI.

But the spark that famously set off WWI was the assassination of Archduke Ferdinand of the Austria-Hungarian Empire in Sarajevo. 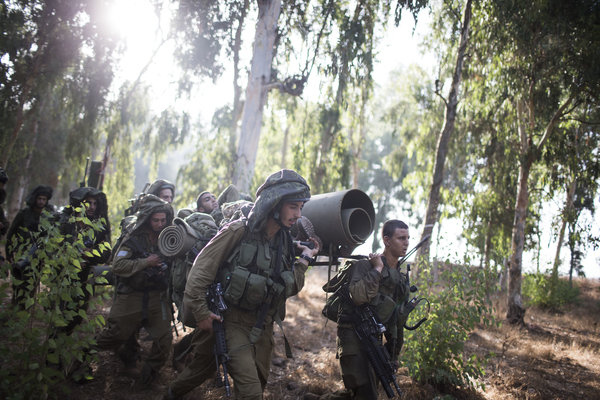 The choice facing the US Congress and Administration as long as we frame the issue as whether or not to bomb Syria is quite clear, as illustrated by the following Decision Tree Flowchart: 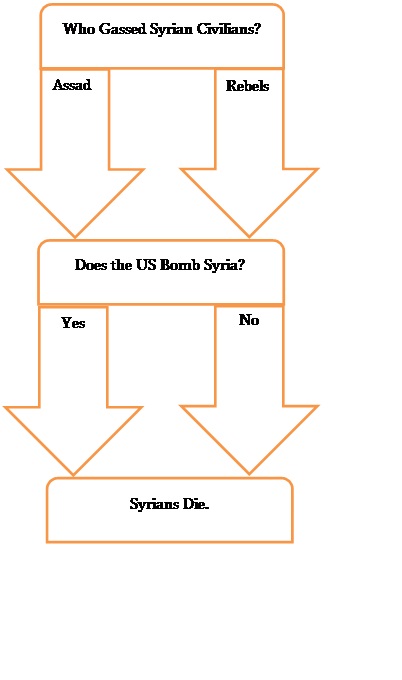 But what makes the celebratory reaction to yesterday's announcement particularly odd is that the Congressional vote which Obama said he would seek appears, in his mind, to have no binding force at all. There is no reason to believe that a Congressional rejection of the war's authorization would constrain Obama in any way, other than perhaps politically. To the contrary, there is substantial evidence for the proposition that the White House sees the vote as purely advisory, i.e., meaningless. 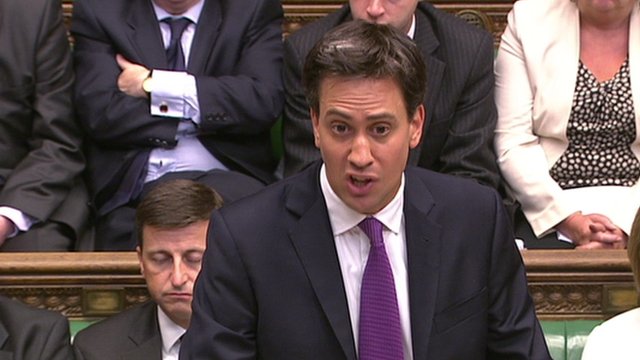 Just this week, intervention into Syria was debated on the floor of the House in a robust, spirited debate in which the government of the nation presented its case, its elected opposition presented the contrary argument, and those fighting against intervention won the vote, 285-272.

Now, many of you know what I am referring to, others are puzzled that the vote included 557 voting, since the House of Representatives only has 435 voting members. But the "House" I am referring to the British House of Commons, the "government of the nation" is the parliamentary cabinet headed by Prime Minister David Cameron, Ministers of Her Majesty Queen Ellizabeth II, backed by a majority of 304 Conservative Party ("Tory") and 55 Liberal Democrats ("LibDems") members of the House of Commons.

Leading the opposition are 257 members of the Labour Party, and sitting in the cross benches are 17 Northern Irish MP's ~ 8 Democratic Unionist, 5 Sinn Fein (who abstain in protest to UK sovereignty in Northern Ireland), 3 Social Democratic and Labor Party, and 1 Alliance Party member ~ 11 minor party members, including the Scottish National Party, Plaid Cymru (Welsh nationalist), a Green and a (socialist) Respect Party member, and 5 Independents.

About thirty (30) Labour Party members were absent from the vote, and 5 members of Sinn Fein always abstain, so a unified Tory vote would have carried the day, independent of the vote of the LibDems. However, according to the tweets copied by the Guardian's Live live blog of the Syrian Motion debate, about 30 Tory members broke ranks, along with about 12 Lib Dems, and with an almost unified opposition, that was enough.

As Anne Perkins at the Gardian discussed in the coverage today, the long shadow of Iraq carries carried substantial responsibility for this defeat. It was due to Iraq that the PM David Cameron promised to allow Parliament a veto on going to war. Also carrying substantial weight among MP's was how badly Iraq turned out after seeming so simple at the outset, where by contrast we are already aware of the bewildering complexity of the situation in Syria.

Most evocative for me, however, is the historical echo of this vote. By most accounts, the last time a British PM lost a War Vote in the House of Parliament was part of the transition from the First British Empire to the Second British Empire, as recounted by a historian interviewed for the AP coverage:

George Jones, professor emeritus of government at the London School of Economics, compares the House of Commons’ decision about Syria to its vote in 1782 to have British forces call it quits during the American Revolution.

"The last time the government was knocked off course by Parliament like this was in the 1780s when Parliament accepted that we’d lost the war of American independence and gave up America, so this is a pretty important event," said Jones. "If the government can’t get through its policy of war and peace, it’s an issue of confidence. Its competence has been shattered."

Remember September 11, 2012 and the embassy attacks?

I'm not talking about the aftermath and controversies over its handling.  I'm talking specifically about September 11, 2012, as events unfolded.

Do you remember what was happening in Egypt?  Do you remember the protests, and reports of people climbing the embassy walls, pulling down an American flag?

In my 30-year history in the Drug Enforcement Administration and related agencies, the major targets of my investigations almost invariably turned out to be working for the CIA.  - Dennis Dayle, Former DEA Officer

Wherever you declare a war on drugs you get more drugs, not less drugs.  That is an absolute certain rule.  - Peter Dale Scott

The same can be said for the "War on Terror".