The Philadelphia police have a new policy intended to eliminate the divide between the the city's transgender citizens and the people sworn to protect them.

Historically police the world over have tended to use the wrong honorific (sir instead of ma'am or vice versa) and/or have declined to use our adopted names.

It's enough to put fear into you or make you feel uncomfortable or uninvited.

The new policy, formally called Directive 152, was originally announced in December and addresses how officers will interact with transpeople and the housing, transportation, and processing of transgender inmates. It also addresses how to speak with reporters about transgender offenders or victims of crime.

In cases where a transgender victim has died, the policy states officers should "use pronouns and titles of respect appropriate to the individual's gender identity as expressed by the individual."

We were vulnerable because we had no real policy in place.

For officers to start addressing people with their proper pronoun, that to me is totally amazing. I do want to see them come through with this.

It is amazing to me that we would be amazed at being treated respectfully. People should not get Brownie Points for not being rude.

Directive 152 also encourages officers to place transgender arrestees in single occupancy holding cells for their protection. Transgender inmates are often at risk of violence and sexual assault while locked up.

Ramsey claims that the rank and file officers have responded positively. Local activists say they want to see "officers demonstrate on the streets what they have been told to do on paper."

The activists also don't want to continue to witness the victims of violence being described as "cross-dressers" or "men dressed as women." A case in point was the July 2013 killing of Diamond Williams by Charles SArgent, who hired Williams for sex, became enraged when he discovered that Williams was transgender, killed her and dismembered her body, later dumping the remains in a field. Sargent was arrested last summer and awaits trial.

When Diamond was murdered, they said, 'It was this cross-dressing prostitute."

Society pretty much treats us like we deserve these things that happen to us.

Trans individuals have been degraded for so long, and it's going to take much more than one sensitivity training or one PowerPoint for [opinions] to change.

Every community ought to feel that police are there to serve, that they can call them with confidence. We're not here to judge folks - we're here to serve folks.

How to interact with us has also been the subject under discussion in the recent back and forth between Piers Morgan and the trans community over his treatment of Janet Mock on his show. Three of what are now called the Barney's models have commentary: 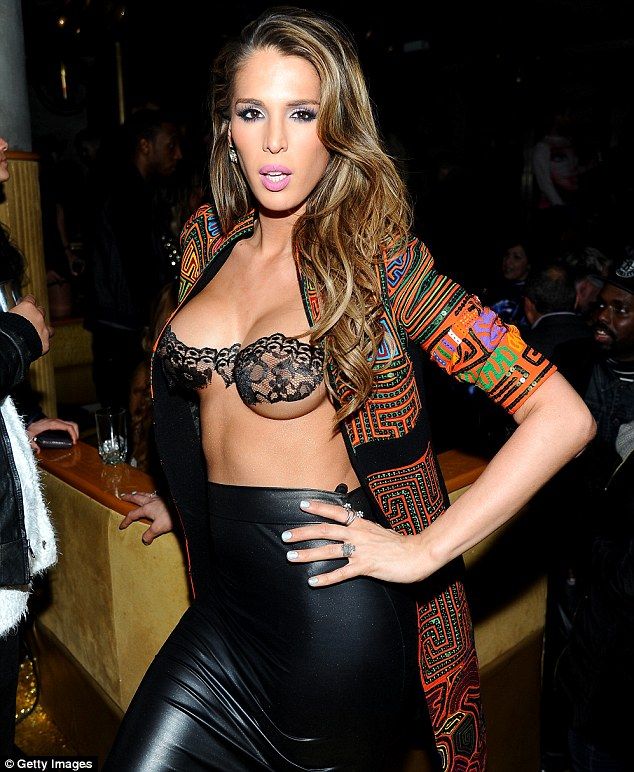 Even when the Daily Mail decides it's time to show some skin, as they are wont to do…in this case Carmen Carrera, dressed for a night out at The Blonds New York Fashion Week show afterparty, they couldn't resist including a photo of her from before she transitioned and revealing her birthname.

Then they added the following:

While Carmen has had a breast augmentation and nose job as part of her transition, she has remained quiet on whether or not she has completed the gender reassignment surgery, saying in an interview earlier this year that it was a 'private matter'.

I don't want to just be labeled as a transgender model. ...Why do I have to be separated? It's the modeling industry -- one industry.

And here's Bruce Weber's entire film for Barney's Brothers, Sisters, Sons, and Daughters if you have the time (36 minutes):