The political theory here is clear: Obama is trying to marshal public opinion against the GOP. If enough Republicans are getting angry calls from their constituents and seeing polls that look disastrous for their party, they'll find a way to back down.

But it can backfire badly. Every second Obama stood at that podium made it a bit harder for the Republican Party to retreat. The more he repeats that this is their shutdown and they need to end it, the more their party suffers if they can't find a way to prove the president wrong. Obama's efforts to move public opinion toward him also moves Republican opinion against him.
...

... the White House is still pursuing a strategy that makes it harder for Boehner and the Republicans to back down. Their gamble is that the power of public opinion will overwhelm the power of presidential polarization. And if the Republican Party loses totally -- loses in a way where they can't tell themselves it was a win -- that'll be the end of these tactics.

The problem with this kind of brinksmanship tactics is that they may lead to an economic collapse ~ and given Europe's ongoing problems with the scourge of harsh austerity policies in the context of a monetary system built broken, that might be a worldwide economic collapse.

Now, the threat of the economic collapse does not come from the Government Shutdown, it comes from the risk of default on the government debt, due to the US Treasury running out of juggling options before it needs to sell a new issue of Treasury bonds to avoid a default on payment of government obligations.


Confusing the Seriousness and the Necessity of Default 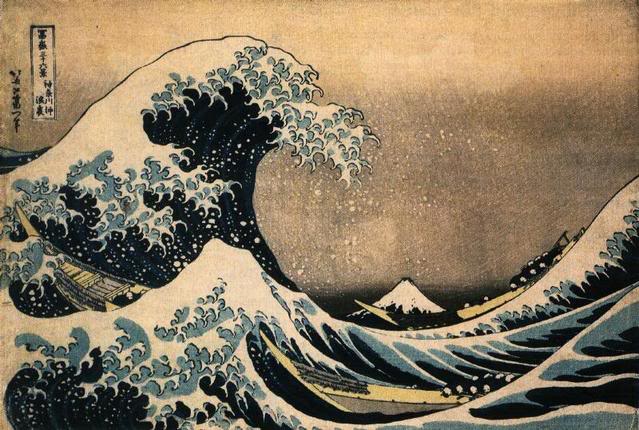 Any manner of Republicans are now following some sections of the right wing entertainment circus such as Rush Limbaugh in simply downplaying the risk of default. These "Yohopublicans" make arguments along the lines of Rep. Ted Yoho:

"I think we need to have that moment where we realize [we’re] going broke," Yoho said. If the debt ceiling isn’t raised, that will sure as heck be a moment. "I think, personally, it would bring stability to the world markets," since they would be assured that the United States had moved decisively to curb its debt.

They live in an alternative reality, where public Treasury bonds are not held as private assets by individuals, banks, and other financial institutions. In the real world, the collapse of AIG was a default that was a small fraction of the outstanding government debt obligations coming due this fiscal year, and it was a main trigger for the Recession that started in December 2007 turning into the deepest recession since World War II, beginning the Depression period in the US and Europe that lasts through to this day.

What they and the White House seem to agree is on the idea that if the debt ceiling is not raised, then There Is No Alternative to some form of default. The only question at that point, for both the Republicans and the White House is what form of obligations get defaulted on ... whether interest payments to overseas bond holders will be respected even as Social Security and government pension checks start to be shortchanged. From USA Today:

President Obama said Tuesday his staff is "exploring all contingencies" to avoid a government default, but stressed that Congress can head off economic calamity by simply raising the debt ceiling.

"There is no magic wand that allows us to wish away the chaos that could result if -- for the first time in our history -- we don't pay our bills on time," Obama said during a news conference at the White House.
...

Refusal to raise the debt ceiling would lead to default, Obama said.
...

Obama also questioned a proposal, known as prioritization, that would have the U.S pay the interest on its debts and defer other bills.

While declining to discuss specifics -- Treasury Secretary Jack Lew will testify before the Senate on Thursday, he noted -- Obama did tell reporters: "You cannot pay some bills and not others and think somehow that the fact that you're paying some bills protects you from a loss of credit worthiness."

What does "exploring all contingencies" mean? It apparently does not mean minting a "Jumbo Coin", which Treasury has said the Fed would refuse to accept (though the Fed has been publicly silent on the issue), and it does not mean issuing bonds in defiance of the debt ceiling under the argument that the

Read in isolation, it could mean the sale of some form of premium bond that does not contribute to the debt ceiling, such as the Fixed Interest Payment Consol bonds that I have described. However, read next to the claim that failing to raise the debt ceiling will lead to default, it indicates that the Treasury is not seriously exploring all contingencies. Instead, it appears that for contingencies that are "not invented here", they are simply exploring talking points to use to dismiss those alternatives.

After all, if the Treasury were to issue Fixed Interest Payment Consol bonds, with no face value and therefore no contribution to the official debt ceiling computation, then default would not be necessary. We could, indeed, easily sell sufficient Consol Bonds to retire some existing 10yr bonds and give the Treasury the leeway it needs to issue 90-day Treasury bills for short term finance.

But Otherwise, We Risk Economic Collapse

But the Administration is quite correct to point to the risk of serious economic damage if the government defaults. After all, unlike the Roosevelt Administration during the Great Depression, we never fixed the massive control fraud that lay behind the Panic of 2008. And so while the Panic itself may have wiped out some of the fantasy wealth that made the system vulnerable, we are still in a position with a dangerous level of Private Debt.

After all, when the Deficit Hacks make noise about public debt ... often counting gross rather than net debt, so including public debt that the government owes to itself ... they are not just pursuing their neoliberal agenda of cutting government spending that commits the cardinal sin of actually helping people. They are also distracting from the dangerous level of private debt.

So if anything, the White House is likely understating the economic risk that we face.

It is nothing but word games to point to the fact that premium bonds with perpetual interest payments and no face value will sell at a premium compared to 10yr bonds, and say that this rules out using those bonds. We are not choosing between those two choices. So long as the debt ceiling legislation permits the sale of 10yr bonds, of course we should sell them.

Taking the interest premium for Fixed Interest Payment Consol Bonds, and comparing it to the economic damage that we risk in the event of default, that interest premium is a modest price to pay to take the threat of default out of the hands of the Republican majority in half of our Congress.

We have Captains Not Courageous
Captains Tumbling Into Madness