Denver, Nov. 28.-a special to the Republican from Cripple Creek says that Frank J. Hangs, attorney for the Western Federation of Miners, to-night secured writs of habeas corpus in the case of Sherman Parker, Victor Pool, C. C. Kenison, W. F. Davis. W. B. Fasterly and Patrick Mullaney, miners now in the bullpen supposed to have been arrested on suspicion of complicity in the blowing up of the Vindicator mine, but against whom no charges have been made. The writs are returnable Dec. 3.

They Got All They Asked But Can Not Organize

Bilboa, Nov. 1-Never in the history of Bilboa has there been a strike of such consequences to the iron workers of Spain as that which terminated to-day. The miners will no longer be compelled to live cooped in barricades provided by the mining companies, and they will no longer be forced to purchase food from the company stores, which has been often declared unfit to eat.

Instead of being paid by the month, they will hereafter be paid every week. They have been refused, however, the right to organize, and it is believed this refusal will lead to trouble in the future.

The strike affected 35,000 men and 10,000 infantry, cavlary and artillerymen were brought here to settle it.

The arrival of Lieut. Gen. Zappino, commander-in-chief of the Basque provinces, was followed by conferences, which resulted in the settlement. It is officially stated that four persons were killed and twenty-one wounded during the strike, but the wounded will exceed this number.

Manufacturers and employers of labor all over the country are pleading with labor unions to go slowly and conservatively while the present scary feeling as to business conditions lasts. Discussing the general business situation, Marcus M. Marks, President of the Clothiers' Association and a member of the executive Committee of the National Civic Federation, said:

"...At such a period, employers should be patient with labor, and not shut down the workshops without absolute necessity; and it is important for the labor unions to go ahead very slowly, to read the signs and study the situation; to moderate their demands as occasion requires, and to avoid calling strikes until all reasonable efforts to bring about conciliation have been exhausted. Employers and wage earners should join hands in a great endeavor to keep the wheels of manufacture moving smoothly until the disordered machinery of Wall Street, gets into the safe groove again."

Whether or not, this plea for conservatism by Mr. Marks is aimed at his cohort in the N. C. F., Mr. John Mitchell, we do not know. John Mitchell, President of the United Mine Workers of America, has just authorized a massive coal strike in District 15 which includes the entire state of Colorado. The strike could begin any day.

Last month the women of the strike zone began organize themselves to fight alongside their men. Women's Auxiliaries were formed in Cripple Creek, Victor and Anaconda, and they have all been granted charters by the Colorado State Federation of Labor. They are making their presence known by providing relief for families of strikers who are sick or otherwise in need.

Business men who are in any way connected with the Citizens' Alliance have had to sit up and take notice for these women have declared that they will not patronize businesses so connected. Many business have already hung out the white flag of surrender, promising to end that relationship. General Bell may yet meet his match as the women of the Cripple Creek District continue to organize.

Of the many newspapers across the country which featured the story of Mother Jones delivering the strike authorization from John Mitchell to District 15 of the United Mine Workers of America, The Atlanta Constitution seems to have been the newspaper most alarmed by the news:

MOTHER JONES BEARS TROUBLE
She Takes Orders To Colorado For 20,000 Miners To Quit

We must note that this same newspaper does not at all concern itself with the high rate of death and injury to the miners, nor with the deplorable living conditions of the miners and their families in the company towns.

But the nation's miners and their struggle for justice abide ever first and foremost in the heart of Mother Jones. This poem was printed in the July 17, 1902 edition of the United Mine Workers Journal, a tribute to the beloved Miner's Angel: 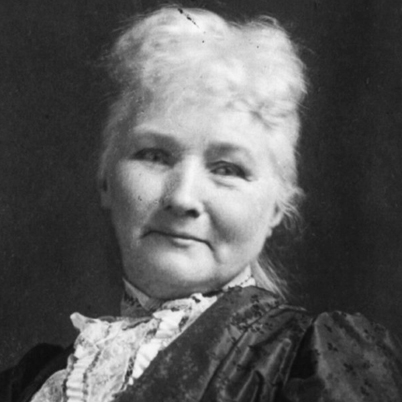 Newspapers across the country are reporting that Mother Jones returned to Colorado last night directly from meeting with John Mitchell in Indianapolis. She arrived bearing the authority from the President of the United Mine Workers for a strike to be called by the District 15 coal miners. We have received reports that the strike is due to start next Monday. However, William Howells, District 15 President, stated that the exact date of the strike call had not yet been fixed.

Meanwhile, today is Mitchell Day in the state of Pennsylvania, and will be celebrated with speeches, picnics, and parades. The miners have declared this day to be a holiday bringing coal mining to a halt in the area. The largest celebration will be in Scranton where 40,000 miners are expected to attend a "monster mass meeting." Mr. Mitchell arrived in that city yesterday. After the parade, the festivities will be held at the circus grounds. John Mitchell will address the gathering as will officials from the United Mine Workers and the American Federation of Labor. 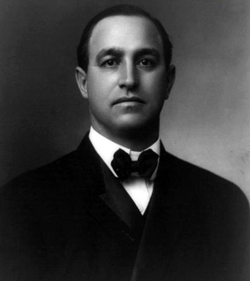 Prominently placed in today's issue of The Journal is a long review of "Organized Labor," the recently released book by Mr. Mitchell. The review takes up a full column of the front page and about a quarter of a second column, and contains a surprising amount of praise for the labor leader, if not for all of his ideas:

Mr. John Mitchell, president of the united mine workers of America, has published a book entitled "Organized Labor." It is interesting, first because its subject is now uppermost in the attention of the public, and secondly, because its author has within a year loomed large in the public eye, by reason of the great anthracite coal miners' strike of 1902. Mr. Mitchell's book, therefore, deserves more than the merely perfunctory and passing notices which it has received in the press generally...

The troubles on Campbell Creek in West Virginia appear to be settled, according to this article which appeared yesterday in The Indianapolis News:

Vice-President Thomas Lewis, of the United Mine Workers of America, has returned from the Kanawha district of West Virginia, where he succeeded in effecting a settlement of the troubles at Campbell Creek between the miners and the operators. The operators have agreed to the Huntington (W. Va.) scale, which was signed last April, and which virtually means that the Campbell Creek miners will have their old scale of wages, but will enjoy several concessions in regard to weighers and similar matters. There were three hundred miners affected by the settlement.

President John Mitchell, Vice-President Lewis and Secretary William B. Wilson will leave the city to-morrow to attend the celebration of Mitchell's day in Pennsylvania. Mr. Mitchell will go to Scranton, Mr. Lewis to Minersville, and Mr. Wilson to Hazelton.

Keeping track of the whereabouts of Mother Jones is not always easy as she storms about the country on behalf of the United Mine Workers of America. Mother has been busy these past two weeks. On October 12th she was Illinois speaking at a memorial for the Virden Martyrs. On October 16th a Cincinnati newspaper printed an interview that she granted them while in that city, and the paper then indicated that she was on her way to Chicago. Yet on October 19th, the Denver Times reported:

Labor's Joan of Arc in This City.

Reports from Colorado indicate that she met with President Charles Moyer and Secretary Big Bill Haywood of the Western Federation of Miners. She stated her admiration for these two leaders, and her hope that Solidarity would hold the two miners' unions firm in their alliance. She even offered the olive branch to Governor Peabody, although her optimism that the Governor will stop his war on organized labor is not shared by those who have felt the full effects of that war.

We have also received reports that, while she was in the Southern Coalfields, Mother went dressed as peddler into the coal camps. By way of that disguise, she was able to get past the mine guards, travel the company roads, and visit with miners and their families in the wretched shacks which the coal companies offer as housing for their employees.

Mother has stated many times that the miners and their families live "in practical slavery to the company." The company owns their houses and all the land on which the company towns are built. If a miner loses his job, he also loses his home, and is summarily thrown out by the brutal company guards. The miners are paid in scrip, and must shop at the company store, at prices set by the company. The miners must send their children to company schools and worship in company churches...

The dear old Appeal, champion of many a labor struggle, has been through a struggle of its own as Comrade J. A. Wayland explained in the latest issue:

It takes a long time to get some people to realize what a proposition means. The Appeal has been preaching unionism and urging the working class to organize for years, and only just now has its own employees taken its advice. The printers would not have organized here but for my urging them to do so, but I waited for the other employees to organized or not, as they saw fit. I have repeatedly written that "liberty cannot be given but must be taken," and that men and women who would not make an effort to free themselves were not fit for liberty.

The employees in every factory, workshop and farm should organize a union, just as employers are organizing, and study and prepare for the day when labor shall take possession of the world and operate its industries for its own benefit. Labor will gain much by the social contact of organization-will gain lessons that it MUST know before it will ever be able to meet the cunning of capitalists and conquer them in the political and economic fields.

I hope to see every employee in Girard [Kansas] organized this winter, and with the organization now started there is no reason why they should not be able to dictate hours, wages and conditions of labor.