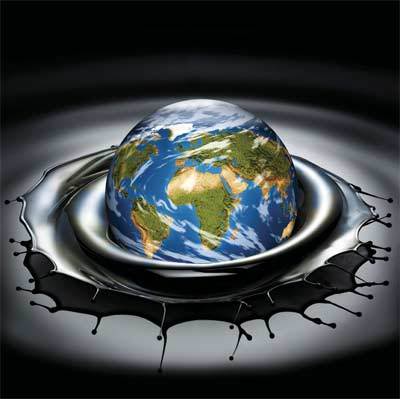 One thing we will likely be hearing soon, once the election is over and attention inside the beltway returns to the regular programming of how to shrink the middle class and ensure that the resulting growing numbers of working poor are as miserable as possible, is the idea of including Carbon Taxes as a revenue raising component of a "Grand Bargain".

This has been floated already. An "Ayres Law Group" "Policy Alert" from June of 2011 noted that this had been raised by the Center for American Progress, Economic Policy Institute, and Bipartisan Policy Institute.

A lot of people reading this are likely to suspect something is fishy when a firm that takes on "environmental" cases and has clients including oil companies is alerting their client of something, but alarm bells should really start ringing when the Alert notes:

This conclusion emerges from a series of studies recently funded by the Peter G. Peterson Foundation, an organization dedicated to creating public discourse about ways to address the country’s fiscal challenges.

If this notion of including the Carbon Tax as part of a "Grand Bargain" is passed through rather than stonewalled by one of the chief propagandists for the public deficit hysteria bullshit that has become a chronic infection in our mess media, it surely deserves some serious, critical, scrutiny.

tl;dr summary: No. Even more than that, HELL no. Opponents of the climate suicide of our industrial society who fall for this will have been well and truly suckered, as the German Greens supporting neoliberal fantasies and "responsible" fiscal policy were among the enablers of the austerity policies that are ravaging European economies as I write.

What Is a Grand Bargain

We have an economy where the private sector can clearly not generate sufficient total demand for goods and service to keep from putting millions of Americans out of working and to keep from leaving the majority of Americans with declining real incomes.

Therefore, since the private sector is generating a deficit level of total demand, its necessary for the government to generate a surplus level. Or else needlessly condemn millions of Americans to poverty and a majority of Americans to declining standards of living.

A government generating a surplus level of total demand will be spending more than it is sucking out of the economy in taxes, and therefore have a budget deficit. If we have a financial crisis as severe as the Stock Market Crash of 1929 or the Great Panic of 2008, then it becomes necessary to do this on an ongoing basis for the seven to ten years required for the economy to recover from the crisis. This presents serious problems for a State Government, like Ohio or California or Greece or Spain, who have to borrow to deficit spend, but not a serious problem for a sovereign economy like the United States, United Kingdom, or EU Eurozone.

There are, of course, consequences of doing so, and when the economy is close to its productive capacity, or if sources of ireplaceable overseas imports stop accepting that country's currency, those consequences are severe. However, for the United States economy at present, those particular caveats are not at issue, since we are well short of our productive capacity, so we have no risk of explosive demand-pull inflation, and our bonds are being purchased in the private sector at returns that are actually lower than our inflation rate, so in real terms, buyers of US bonds in private capital markets are accepting a negative real rate of return in return for the security that they offer.

ANY policy which trades off real costs in return for the fantasy benefit of a reduction in deficits when those deficits are quite obviously not causing any real problem at all, not even in the eyes of private purchasers of US Treasury Securities, is a "Bargain" in which we get the cost for no real benefit. 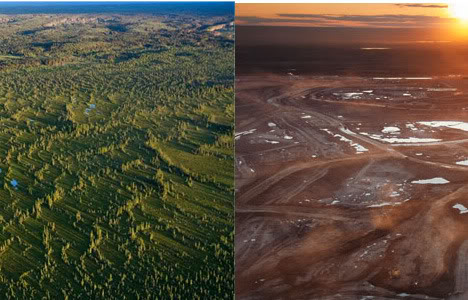 The four "grand bargain" proposals noted by the Policy Alert last year were:

The worst proposal is from the American Enterprise Institute: abolishing energy tax credits and regulations intended to reduced GHG emissions in return for a $26/ton GHG emissions tax is a big step backward over the coming decade, since it would eliminates portfolio standards for renewable energy, which are the lever against which a state can enact feed-in tariff rates. Feed-in tariffs are the most sure way to provide a rapid roll-out of the most mature sustainable renewable power sources, since under feed-in tariffs, the sustainable renewable power gets a set rate for power: higher than the market rate during cheap, off-peak periods and lower than the market rate during expensive, peak demand periods.

For wind-power, once the penetration exceeds a threshold level, feed-in tariffs result in a reduction of average electricity power costs (since more power is used during peak demand periods). So feed-in tariffs are a regulatory system that cuts GHG emissions and reduces costs to consumers and industry. It should be no surprise that the American Enterprise Institute wants to prevent that system from migrating from European states to American states.

The second worst proposals are from the Bipartisan Policy Group and Center for American Progress. Under these proposals, the tax will exercises a permanent, ongoing drag on the economy. It seems certain that when the economy next goes into recession, that will be used by Big Oil and Big Coal to argue for relief from the Carbon Tax as a form of Economic Stimulus.

The least bad proposal is from the Economic Policy Institute, which hands back a social dividend to low and middle income households of $161 for an individual and $50 per additional household member, phasing out between $30,000 and $50,000 for individual filers and $70,000 and $110,000 for joint filers, is the least bad ~ because it collects the smallest share of the Carbon Price as revenue.

What Would Be The Best Plan?

Give it all back to individuals by rebating payroll taxes.

So, how much social dividend is that?

A tax on GHG emissions could raise $99 billion in revenue in just one year (taking 2009 as a sample year, taxing the total GHG emissions in the U.S. (6.6 billion metric tons of CO2 equivalent) at a rate of $15 per ton of GHG emissions).

SO this is $33b per increment. In the last jobs report, the labor force in October 2012 was 155m, though of course not all are subject to FICA (or the equivalent self-employment) tax, so in round figures take the social insurance paying population to be 150m. $33b per increment to payroll tax reduction would be about $18 per month to all wage or salary earners, rising to $75 per month or so over the decade. For people working multiple jobs, which might not be able to get their full deduction at any one job, or for people working on jobs exempt from paying the Social Security contribution and so only paying the Medicare contribution, they could put in a form to get their dividend as a quarterly check instead.

This isn't a very impressive social dividend yet, but then again, the purpose of Carbon Pricing is to encourage people to harvest the low hanging fruit. We also and at the same time need to seriously restructure the way we do things, in order to arrive at a sufficiently low carbon economy to have an appreciable impact on the risk of climate suicide of our industrial economy.

Its when you leverage that the impact of the Dividends starts to pick up force.

Take half of your projected social dividend for the coming five years. Without any decline in CO2 emissions per capita or changes in employment rates per capita, in the first year that would be:

What can that be spent on?

... by getting on the god damned train.

my very favorite comment in the history of VOTS.