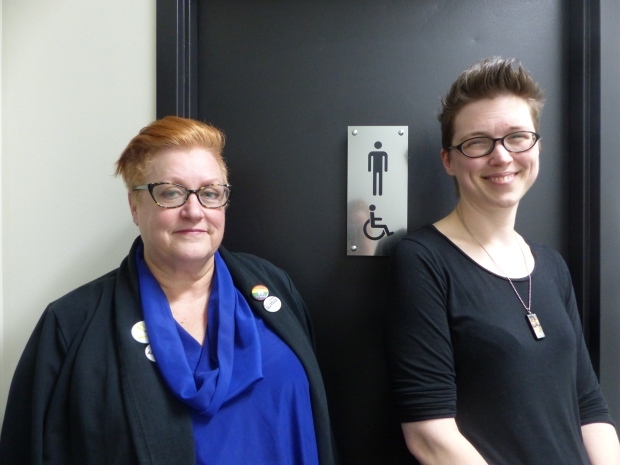 Yesterday I posted about a group of Canadian mothers of transgender kids who were starting a "bathroom movement" in order to advocate on behalf of their children. In that diary, we met Anne Lowthian and her child, Charlie.

In Saskatoon Megan Cheesbrough and Fran Forsberg commandeered a men's restroom to drive home the point.

As of early March, Bill C-279 is awaiting the outcome of a Senate committee report consideration.

This private member's bill is seeking to change current federal laws in order to introduce gender identity to the Human Rights Code of Canada. The bill passed its first two readings and went to committee, at which point Senator Donald Plett introduced amendments.

[The amendments] exempt federal spaces from being bound by legislation. His rationale was that he wanted women's shelters or women's bathrooms and change rooms to be able to exclude trans women where they feel it is an issue of safety.

[That] is ridiculous because you can't exclude an entire group of people for safety, that's what bigotry looks like. So, in order to stand up for our trans children, we are here to pee in the opposite gender's bathroom and make that statement that if our children are going to be forced into the wrong bathroom, then we're going in there to make it a safer space for them.

In Canada mothers of seven transgender children began what they have called "a bathroom movement" yesterday.

For Anne Lowthian of the Ottawa area, her protest is a fight for the rights of her 9-year-old transgender daughter, Charlie. 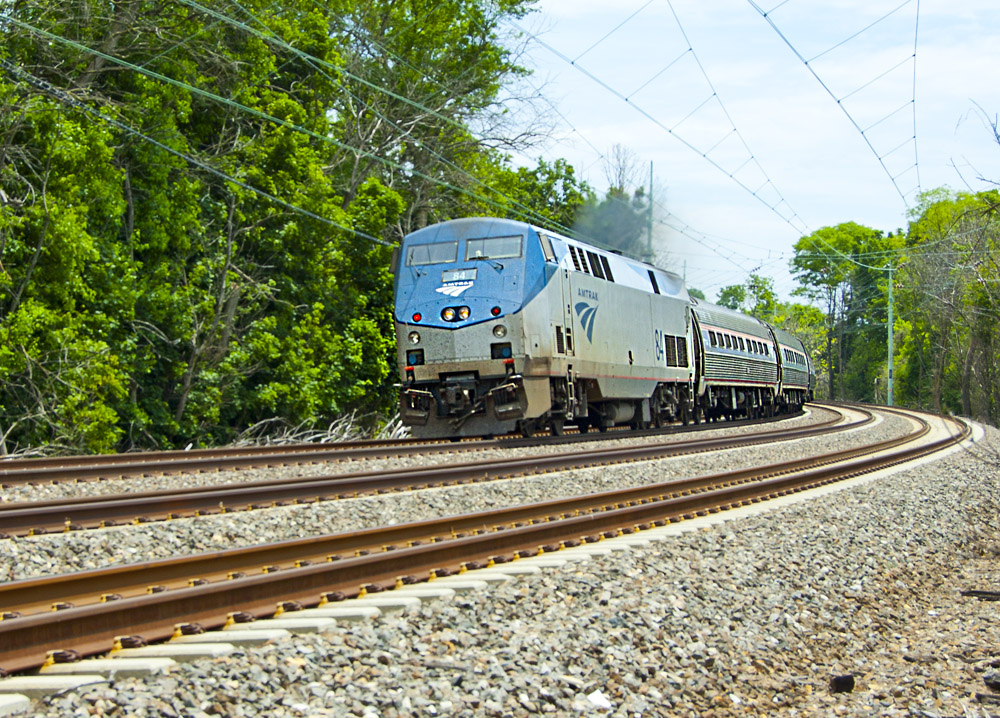 One of the things I was waiting on last year was delivery of Pennsylvania's feasibility study for improvements on the "Keystone West" corridor. The "Keystone East" corridor connecting Harrisburg and Philadelphia was upgraded in 2006, with an electrified corridor with speeds of up to 110mph providing travel times competitive with driving, especially in the suburban Philadelphia area. So when a "Keystone West" feasibility study was announced, there were high hopes in some quarters that some substantial improvements might be made on the "Keystone West" corridor, connecting Pittsburgh with Harrisburg, currently hosting only the Pennsylvanian between Pittsburgh and Philadelphia.

The feasibility study is was originally promised for substantially earlier, with a final draft completed in May 2013 but the trip from final draft to final report took more than a year, being finally published in August of last year (pdf).

A quick review of the Executive Summary reveals that a range of things can be done to improve the Keystone West, which could trim something less than an hour from the current five and a half hour trip to Harrisburg (with a further hour and a half to Philadelphia). It also takes a look at, and quickly dismisses an Express HSR corridor.

But for some reason ... while it considers an option to add a third passenger-only track on the Keystone West, it completely ignores the option of a Rapid Rail speed upgrade on that track ... despite the fact that a Rapid Rail speed upgrade was part of what made the Keystone East project successful. So I'll take a look at this curious hole in the feasibility study, below the fold. 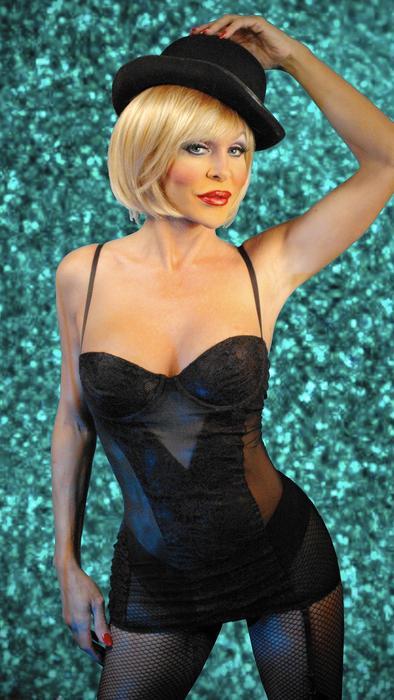 Danielle Hunter is 48 years old. For the past 20 years she has done drag for a living, both hosting Sunday Morning Drag Gospel Brunch at Bananas Modern Diner in Orlando and performing as Dolly Parton at the Funky Monkey Wine Co.

Danielle unfortunately recently attempted suicide. After recovering in a hospital, she felt she wasn't ready to jump right back out on the streets, so she checked in to a mental-health facility run by Aspire Health Partners this past Tuesday, seeking supervision and support.

The treatment she got was horrendous considering the circumstances. She was removed from her room and first told to sleep on the floor in a common area, though she was eventually given a cot. When she complained, she was told there would be space for her in a room designated for men.

Here's Danielle at the Funky Monkey:

Rescue me! I got stuck over at E! Online.

While I'm certain that she was there to promote the fact that she is the newest face of the Clean and Clear #SeetheRealMe Campaign, some other things came up as well.

First of all, there is the response the campaign has generated

When I first saw Jazz Jennings, nothing struck me as peculiar. She looked like any other vibrant, charming and charismatic teenage girl. I assumed that her age and on-camera presence made her an ideal candidate as a representative of Clean and Clear. She fit the mold of what you see for something targeted at younger audiences. Teenagers get pimples and she’s a teenager – it works.

It’s not until it’s mentioned that Jennings is transgender that people start to stir, debate and wonder why a brand of face wash tries to “force” our youth to accept something so perverse. The backlash from parents is horrifying. I was used to seeing opponents attack adults on the Internet, but Jennings is a child. “Concerned parents” were saying that we should burn “it” at the stake, that she is wearing dresses to get attention or that she should just admit that she is a homosexual boy. Teaching children that saying these hurtful things about others will influence them far more than a commercial will.